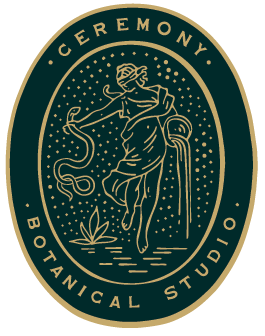 We start with Sansevieria because she is the most urgent.

Also known as “snake plant” and “Mother-in-law tongue”, Sansevieria is not something you want to ignore, though the details of her care call for a bit of space. It is the plant you have because you must — as bold as she is basic.

A snake and a mother-in-law speak spells. I mean no illness against married kin; I find offense at the tongue-in-cheek patriarchal dig at the matrilineal. The allusion is more aptly intended towards anyone who might ceaselessly nitpick our being in order to make us feel small. No one is better at doing that than ourselves — the rattlesnakes coiled in our brains that slither over each other in a race to deliver their venom.

Our eye might be survival-attuned to beware of the serpentine, but something deeper is drawn to their movements. So maligned for suggesting the first sin, the snake simply whispers that at one point we were naked and innocent and connected with the divine. We strayed because it is our nature to learn through trial. To constantly shed our skin in growth as we struggle to return to that purity of existence and clarity of mind. 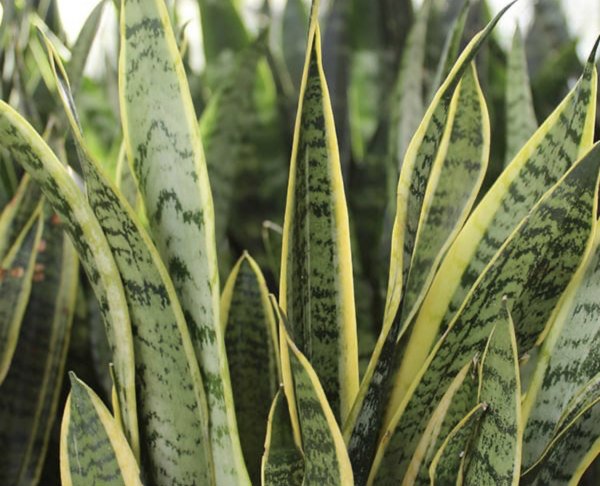 Sansevieria is one of those plants who fall under the umbrella of “thriving on neglect”. No phrase has ever factually applied to any living creature, to my knowledge. One might survive through neglect, but never thrive upon it, except in some backhanded egoic way. Which is not the way we really want to go about things.

What the expression suggests is that Sansevieria can go through periods of drought. That she doesn’t require much in the way of lighting or fertilizing. Simple enough, and central to her teachings.

Those barbs that exist in our thinking — the internalization of others’ nags and the vibrating pangs of our own self-doubt — will persist whether or not we pay much attention to them. The intention is to let them do their own thing, to regard these harms as weather and let them blow through and trickle o. When we attend to them, we do so at a safe remove. Their voice might not be silenced, but the volume can be lowered.

Herein lies Sanseveiria’s message — it is within your power to tend to negativity. It is a holy responsibility to meet what frightens you most eye-to-eye. It is a silent display of neutrality which, over time, creates a sense of equanimity.

I have certainly allowed Sansevieria to die — permitted the swirl of my thoughts to overpower the simplest of self-care routines and, subsequently, fell into despair at the idea that I couldn’t maintain such a spartan houseplant.

Any relationship among living things is double-edged and symbiotic. The sword-like fronds of Sansevieria always intimated this — both the problem and the panacea.

A lesser-known moniker for Sansevieria is “Viper’s bowstring”, taken from an era when the inner bers of the plant’s blades were ayed and dried by the Sun for use in threading bows. Too coarse to create music, these strings were set to sling arrows — pointed messengers intent upon immobilizing.

All that potential momentum we carry can create or destroy — often both, in equal measure. Words create spells, but a precisely-timed one can break an enchantment just as easily, and just in time.

The heart of Sansevieria’s missives is found in the faculty of discernment. Dened as, “the quality of being able to grasp and comprehend what is obscure”, discernment implies a gentle investigation, a wise eye to the intricate interplay of opposites.

She is the plant world’s Queen of Swords, speaking and listening from the liminal space of receptivity and remove. Observing with one hand open and the other secure upon her weapon, Sansevieria will neither strike blindly nor fall upon her sword. She will, instead, protect the ongoing ceremony of inner peace (so hard-won), speak from a considered heart, and ourish in her suciency.

A mantra when tending to Sansevieria:

I see clearly through negativity.
I can take in hand what frightens me;
I will not be harmed.

I Saw in Louisiana a Live-Oak Growing